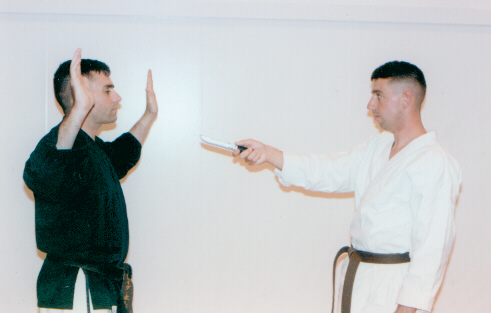 The above picture shows the attacker pointing a knife at the Sensei Hodgkins. Sensei’s hands are up as if and acting as if they are submissive. From that position immediately one would attack both with the legs as well is with the arms to remove the knife from the attackers hand. The below picture shows the proper technique with picture # 3 showing the proper hand positions. 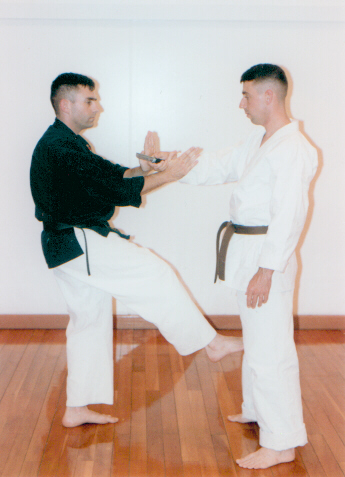 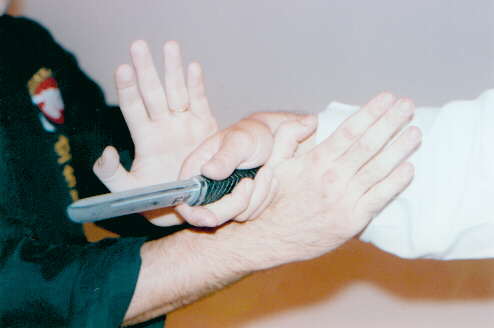 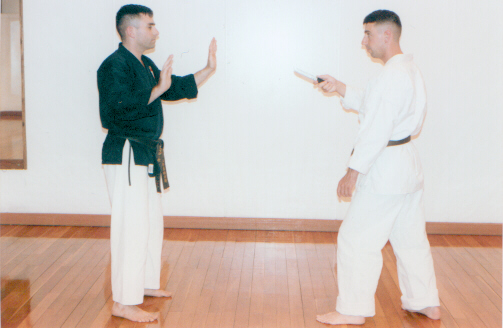 The Picture above shows an attacker stepping forward trying to stab the defender. The defender slides at a 45 degree angle towards the outside blocking with their right hand down at a 30 degree angle as shown below. 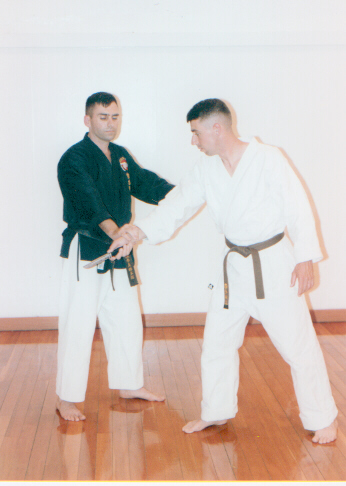 This is followed by a kick to the mid section or a joint kick to the knee. The midsection kick can either be done with the point of the toes (as shown below) or done with the top of the foot. Remember on completion of the retaliation technique they defender should run out of the area. 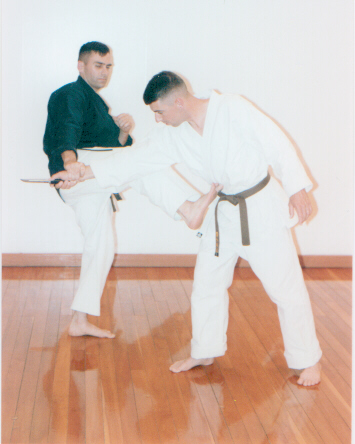