As a society, things are becoming more violent and crimes against children are continually increasing. In our efforts to prevent theses crimes we are not keeping up with the violence, abductions, and rapes being done to our children. This section of the home page will not reach as many of the parents and children that I would like it to, but if it helps at least one child so as not to become a statistic it will have done its job.

In Maryland, a intruder went into a home through an unlocked back door, took a 2 1/2 year old girl out of her crib, abused her in the backyard, and ran off. After the attack, the girl walked back to her house, where her mother found her crying in the early morning.

A video tape shows a playground, children are playing, the camera zooms into a little girl playing then zooms out and then back into a little boy. A voice comes across the video it says: Some people go to shopping malls to find what they need, Not me, this is where I shop, this is where I hunt, this is where I find my boys. This was a pornographic video tape that was confiscated by police officials during an investigation from an apartment of a known child molester. The two producers of this terrifying video had planned to kidnap a young boy from a playground, film him being sexually and physically abused. The actual script had called for the young boy to be KILLED right on film. This plot was foiled by the police and the two individuals are in prison.

A young boy was picked up by a church going and close friend of the family to go fishing. When he was taken to the fishing sight the friend of the family started to fondle the boy and then asked him to go into the bushes with him and started to pull him towards the bushes. As the boy got closer to the bushes he kept telling him he didn’t want to go. The boy not being able to think of anything else told the man that there was poison ivy in the bushes and that he was allergic to the poison ivy and kept saying it louder and louder. This so called friend of the family afraid the other people fishing in the area would here this young boy and see that the boy was crying gave up and stopped trying. The young boy was finally taken home and fortunately this did not have a terrible ending. 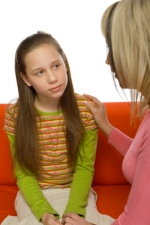 So what can we do? Should we constantly live in fear? No!

If your child knows how the abductor works your child can better handle any situation that may arise.

How to Identity a Strange Vehicle or Person

If you see a child pulled into a vehicle, or vehicles which may be “driving back and forth” or are unfamiliar to the neighborhood. Remember the following and write it down if possible.

Remember DON’T put yourself in any danger getting this information. Do it from a good distance away.

What do I do if someone tries to get me?

The other thing to remember is the 4 R’s. React, Release, Retaliate, Run

Information for the Child and the Parent!

Child Safety Tips This page has great animated gifs and music with tips for children to remember.

How do I know if my Child has been molested?

As parents and protectors of our children we need to be able to tell if our children have been molested. The following is some signs to look for.