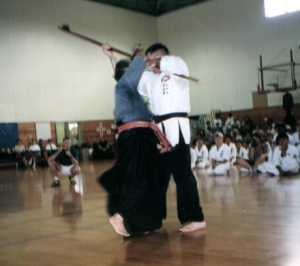 Importance of the Kobudo Basics 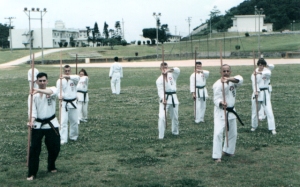 As with empty hand basics kobudo basics play a key role in your developement. It builds strength, endurance and coordination. You learn blocking, trapping and other techniques that can be applied to any type of weapon as well as empty hand!

Kobudo Kata is so important in any system. You learn how to combine different techniques and movements together with the weapon you are training on. It allows one to bring harmony between oneself and the weapon. The weapon becomes and extension of your body! Within Kenshin Kan we have a variety of Kobudo Katas that we are required to learn based on rank. We also ensure that each student learns the bunkai (practical application) of each technique within the kata.